The Coburg Prize for Contemporary Glass 2022

The 5th edition of the Coburg Prize for Contemporary Glass aims to provide a Europe-wide overview of current trends and developments in contemporary glass art and again take stock of the situation. The objective is to show which design and processing techniques artists currently use, which thematic content predominates and whether current social questions, such as sustainability, migration, political suppression, globalisation and climate change are taken into account. It is also a matter of ascertaining how far glass is still considered purely as a material or whether, given its numerous possible uses and special properties, such as transparency, it is viewed as a complex medium with multiple meanings.

For the exhibition at the Veste Coburg and the European Museum of Modern Glass in Rödental, a special educational programme for children, teenagers and adults is being developed on the theme of glass as a material in art and in the living world, and as a vehicle for meaning.

The competition and accompanying exhibition is open to artists living in or originating from Europe who work with glass as a material. Participation is open to professional artists submitting vessels, sculptures, objects, installations or stained glass made in or after 2020. The artworks must be one-off pieces. Functional glass and designs for industry are not permitted.

Three main prizes and several special prizes will be awarded by the international jury, the first prize being €15,000, the second prize €10,000 and the third prize €5,000.

The competition is organised in cooperation with the Alexander Tutsek-Stiftung, Munich.

Retrospective: The Coburg Prize for Contemporary Glass, 1977 to 2014

In 1977, the first open competition for modern glass in Europe was held in Coburg. This was a ground-breaking event for the Veste Coburg Art Collections. The overwhelming response to this Europe-wide competition and its crowd-pulling exhibition turned Coburg into a centre for modern art in glass overnight. After the successful 2nd Coburg Glass Prize in 1985, the Museum of Modern Glass was created in 1989 in the park of Rosenau Palace in nearby Rödental to house the greatly expanded collection – at the time, the first museum in Central Europe devoted exclusively to modern glass. The two Coburg Glass Prizes were of key importance for East European glass art, which in Coburg gained a forum the likes of which had never previously existed. It gave many artists from Eastern Germany especially their first-ever chance to exhibit in the West and brought them into contact with other European artists and their works.

With the 3rd Coburg Glass Prize in 2006, all eyes on the European glass scene once again turned to Coburg. Coming after a lengthy interval, the 2006 competition and exhibition provided major international impetus. A foundation set up and largely funded by Otto Waldrich subsequently constructed a new building for Coburg’s now much enlarged exhibition of modern glass in Rosenau Palace park. The European Museum of Modern Glass was officially opened in the autumn of 2008.

The most recent Coburg Glass Prize was held in 2014 in collaboration with the Alexander Tutsek-Stiftung, for the first time at two locations: at  the Veste Coburg and the European Museum of Modern Glass in Rödental. On display were 170 works by 150 artists from 26 countries, selected by an international jury from a pool of 550 artists who had submitted more than 1,000 works. The range of techniques and materials used, the concepts both artistic and content-related and the variety of materials used were broader than ever before. With a solid 25,000 visitors, the exhibition was a huge success.

The last few years have seen further changes in the artistic exploration of glass as a material. With increased mobility, national borders and specifics are losing their importance, and Europe has become the new home for many artists from the US and Asia. Especially, the European academies and universities which are geared to an international audience are attracting 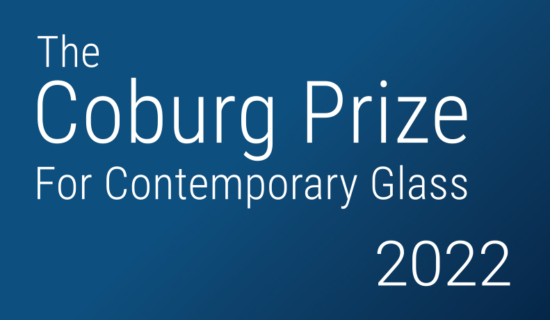 In cooperation with the Alexander Tutsek-Stiftung, Munich.